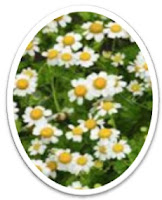 Pyrethrum (Chrysanthemum cinerariaefolium), Family Asteraceae) is a perennial African plant with roseum, Chrysanthemum coccineum, Tanacetum coccineum, or simply, the Painted Daisy. The flower is good for use as a long-lasting cut flower. The plant will re-bloom in late summer if pruned.daisy-like appearance and white, pink or red flowers. The same species is also known as Pyrethrum

This is applied as a suspension in water or oil, or as a powder. Pyrethrins attack the nervous systems of all insects, and inhibit female mosquitoes from biting. When not present in amounts fatal to insects, they still appear to have an insect repellent effect. They are harmful to fish, but are far less toxic to mammals and birds than many synthetic insecticides and are non-persistent, being biodegradable and also breaking down easily on exposure to light. They are considered to be amongst the safest insecticides for use around food.

Pyrethroids are synthetic insecticides based on natural pyrethrum: an example of one is permethrin. A common formulation of pyrethrin is in preparations containing the synthetic chemical piperonyl butoxide: this has the effect of enhancing the toxicity to insects and speeding the effects when compared with pyrethrins used alone. These formulations are known as synergized pyrethrins.