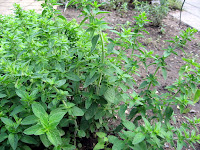 Chemical constituents : Essen. oil contains thymol 50%
Parts used : Whole plant
Ethnomedicinal use : Bath to ladies after child birth; antiseptic.
Distribution : Kashmir, Gilgat, Pakistan, Sikkim, Europe, N. Aferica, West and North Asia.
Description of the plant : Plant : Perennial
Height : 60 cm (2 feet)
Flovering : July to September
Scent : Scented Perennial
Habitat of the herb : Dry grassy areas and scrub, usually on calcareous soils.
Medicinal use of Origanum vulgare cashmeriana : Origanum vulgare cashmeriana  has been used as a culinary and medicinal herb for thousands of years. It has a beneficial effect upon the digestive and respiratory systems and is also used to promote menstruation. It should not be used medicinally by pregnant women though it is perfectly safe in small amounts for culinary purposes. The leaves and flowering stems are strongly antiseptic, antispasmodic, carminative, cholagogue, diaphoretic, emmenagogue, expectorant, stimulant, stomachic and mildly tonic. stimulates hair growth, Chronic bronchitis,The plant is taken internally in the treatment of colds, influenza, mild feverish illnesses, indigestion, stomach upsets and painful menstruation. It is strongly sedative and should not be taken in large doses, though mild teas have a soothing effect and aid restful sleep. It should not be prescribed for pregnant women. Externally, oregano is used to treat bronchitis, asthma, arthritis and muscular pain. The plant can be used fresh or dried - harvest the whole plant (but not the roots) in late summer to dry and store for winter use. Oregano is often used in the form of an essential oil that is distilled from the flowering plant. A few drops of the essential oil, put on cotton wool and placed in the hollow of an aching tooth, frequently relieves the pain of toothache. This plant is one of the best natural antiseptics because of its high thymol content. The essential oil is used in aromatherapy to treat the same kinds of complaints that the herb is used for.

Edible parts of  Origanum vulgare cashmeriana
Leaves - raw or cooked as a potherb. Oregano is an important flavouring herb in Mediterranean cookery, and is often used dried rather than fresh. The leaves are used as a flavouring for salad dressings, vegetables and legumes, and are frequently included in strongly flavoured dishes with chillies, garlic, onions etc. A nutritional analysis is available. Much of the commercially available dried oregano does not come from this plant but from a number of different, often unrelated plants. These include Lippia graveolens, L. palmeri and Origanum syriacum. A herb tea is made from the dried leaves and flowering stems.

Other uses of the herb : An essential oil from the plant is used as a food flavouring, in soaps and perfumery. The herb contains 0.15 - 0.4% essential oil and makes good herbal pillows and baths. The plant was formerly used as a strewing herb. The essential oil has also been used to kill lice, though some caution is advised since it can cause skin irritations. A red or purple dye is obtained from the flowering tops, it is neither brilliant nor durable. The plant repels ants. The growing plant repels many insect pests so it is a good plant to grow in the vegetable area. A useful ground cover for sunny positions, forming a slowly spreading clump. Plants should be spaced about 30cm apart each way.

Propagation of Origanum vulgare cashmeriana : Seed - sow early spring at 10 - 13 C and only just cover the seed. Germination usually takes place within 2 weeks. Prick out the seedlings into individual pots when they are large enough to handle and plant them out into their permanent positions in early summer. The seed can also be sown in situ in late spring. Division in March or October. Very easy, larger divisions can be planted out direct into their permanent positions. We have found that it is better to pot up the smaller divisions and grow them on in light shade in a cold frame until they are well established before planting them out in late spring or early summer. Basal cuttings of young barren shoots in June. Very easy. Harvest the shoots with plenty of underground stem when they are about 8 - 10cm above the ground. Pot them up into individual pots and keep them in light shade in a cold frame or greenhouse until they are rooting well. Plant them out in the summer.