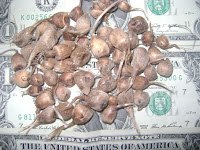 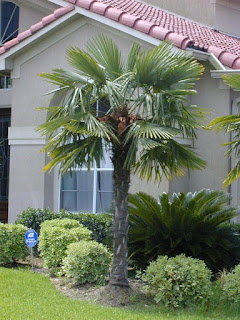 Hawthorn-Crataegus oxyacantha
Synonyms: Crataegus oxyacantha, Crataegus oxyacanthoides
Family : Rosaceae (Rose Family)
Medicinal use of Crataegus oxyacantha : Hawthorn-Crataegus oxyacantha  is an extremely valuable medicinal herb. It is used mainly for treating disorders of the heart and circulation system, especially angina. Western herbalists consider it a "food for the heart", it increases the blood flow to the heart muscles and restores normal heart beat. This effect is brought about by the presence of bioflavonoids in the fruit, these bioflavonoids are also strongly antioxidant, helping to prevent or reduce degeneration of the blood vessels. The fruit is antispasmodic, cardiac, diuretic, sedative, tonic and vasodilator. Both the fruits and flowers of hawthorns are well-known in herbal folk medicine as a heart tonic and modern research has borne out this use. The fruits and flowers have a hypotensive effect as well as acting as a direct and mild heart tonic. They are especially indicated in the treatment of weak heart combined with high blood pressure, they are also used to treat a heart muscle weakened by age, for inflammation of the heart muscle, arteriosclerosis and for nervous heart problems. Prolonged use is necessary for the treatment to be efficacious. It is normally used either as a tea or a tincture. Hawthorn is combined with ginkgo (Ginkgo biloba) to enhance poor memory, working by improving the blood supply to the brain. The bark is astringent and has been used in the treatment of malaria and other fevers. The roots are said to stimulate the arteries of the heart.

Edible parts of Crataegus oxyacantha : Fruit - raw or cooked. A dry and mealy texture, they are not very appetizing. The fruit can be used for jams and preserves. The fruit pulp can be dried, ground into a meal and mixed with flour in making bread etc. The fruit is about 1cm in diameter. There are up to five fairly large seeds in the centre of the fruit, these often stick together and so the effect is of eating a cherry-like fruit with a single seed. Young leaves and young shoots - raw. A tasty nibble, they are nice in a salad. Young leaves are a tea substitute. The roasted seed is a coffee substitute.

Other uses of the herb : A good hedge plant, it is very tolerant of neglect and is able to regenerate if cut back severely, it makes a good thorny stock-proof barrier and resists very strong winds. It can be used in layered hedges. The plant is often used as a rootstock for several species of garden fruit such as the medlar (Mespilus germanica) and the pear (Pyrus communis sativa). Wood - very hard and tough but difficult to work. It has a fine grain and takes a beautiful polish but is seldom large enough to be of great value. It is used for tool handles and making small wooden articles etc. The wood is valued in turning and makes an excellent fuel, giving out a lot of heat, more so even than oak wood. Charcoal made from the wood is said to be able to melt pig iron without the aid of a blast.

Propagation of Crataegus oxyacantha : Seed - this is best sown as soon as it is ripe in the autumn in a cold frame, some of the seed will germinate in the spring, though most will probably take another year. Stored seed can be very slow and erratic to germinate, it should be warm stratified for 3 months at 15 C and then cold stratified for another 3 months at 4 C. It may still take another 18 months to germinate. Scarifying the seed before stratifying it might reduce this time. Fermenting the seed for a few days in its own pulp may also speed up the germination process. Another possibility is to harvest the seed "green" (as soon as the embryo has fully developed but before the seedcoat hardens) and sow it immediately in a cold frame. If timed well, it can germinate in the spring. If you are only growing small quantities of plants, it is best to pot up the seedlings as soon as they are large enough to handle and grow them on in individual pots for their first year, planting them out in late spring into nursery beds or their final positions. When growing larger quantities, it might be best to sow them directly outdoors in a seedbed, but with protection from mice and other seed-eating creatures. Grow them on in the seedbed until large enough to plant out, but undercut the roots if they are to be left undisturbed for more than two years.

Min. order : 500 tress
Size of trees: 24 Inch
Olea europaea trees- Olive trees prefer sub-tropical and temperate regions of the world. These trees are native to the Asia and Africa. They like hot weather and sunny positions without any shade. They need full sun for fruit production, but also need a slight winter chill for the fruit to set. Temperatures below minus 10°C (14°F) may injure even a mature tree.

Trees can produce a crop when they are 6 years old and continue producing a commercial yield for the next 50+ years. Major var. propagated at the  Jammu and Kashmir Medicinal Plants Introduction Centre-JKMPIC.

Shippment : You must pick up the large planting material from our inistitution  directly, however 250 to 500 plants shippment is possiable for by air.Fright charges additional.